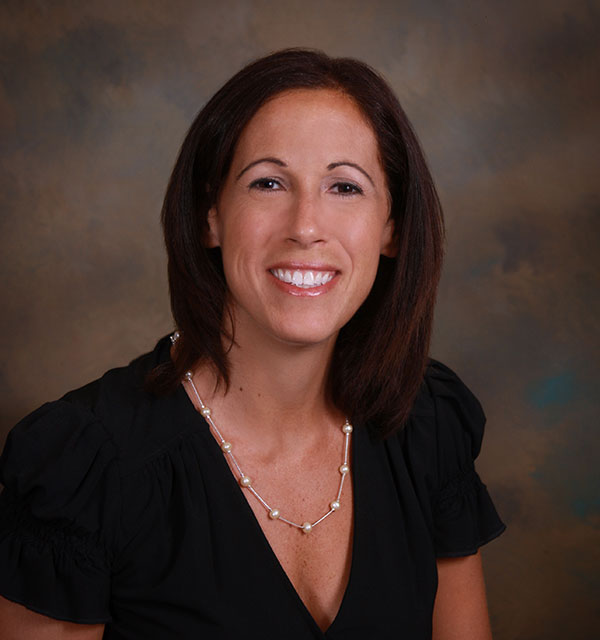 Kym Rivellini lived in North Miami Beach until she was admitted to the University of Florida in 1987. She studied psychology for which she received a Bachelor of Science as well as a Minor in Sociology. She attended Stetson University College of Law where she served on the Law Review and graduated in 1995 with a Juris doctor degree. Kym Rivellini prosecuted criminal cases for the 6th Judicial Circuit under Bernie McCabe from 1995-1999 as an Assistant State Attorney. Mrs. Rivellini left the State Attorneys Office to practice Criminal Defense with Denis deVlaming where she continues to practice today. Her office is located at 1101 Turner Street in Clearwater, Florida, 33756. She may be reached by phone at (727) 461-0525; or by fax at (727) 461-7930.

While balancing a busy schedule between work and children, Mrs. Rivellini remains dedicated to donating time to the legal community. Kym Rivellini has served as the Chair of the People’s Law School, Criminal Law Section, since 2006. The People’s Law School is an annual educational event partnered through the Clearwater Bar and St. Pete College. Mrs. Rivellini has also led the Criminal Law Section of the Bench & BBQ, serving as the moderator between our local judges and attorneys to promote camaraderie and professionalism. Mrs. Rivellini has spoken at seminars on behalf of the Florida Bar on the topic of professionalism and ethics. Most recently, Mrs. Rivellini participated at the annual Pro Bono event, Law Fest, offering legal advice to members of the St. Petersburg community.

In addition to several professional associations (Pinellas County Criminal Defense Lawyers, Florida Association of Criminal Defense Lawyers, Trial Lawyers Association and the Clearwater Bar), Kym Rivellini has been asked to accept a post on the Sixth Judicial Circuit Grievance Committee. Most notably, however, is her position as author for the Clearwater Bar’s publication of the Res Ipsa Loquitor, where she writes for the Criminal Practice section and has received numerous compliments from her readers, including judges and other lawyers.

In her spare time, Mrs. Rivellini is an avid, albeit slow, runner.  She has completed 5 marathons and continues to participate in numerous half marathons throughout the year.  She also ran 40 miles on her 40th birthday.  As if that wasn’t enough, she completed the Pinellas Trail Challege which spans the entire length of the Pinellas Trail from St. Petersburg to Tarpon Springs, a race that consists of 46 miles and fortuitously fell on her 46th birthday.

Ms. "M," a young woman, was arrested for over 10 drug felonies on different occasions, including Attempted Trafficking, for her contact with prescription pills. Ms. Rivellini, recognizing the severity of the addiction, immediately got Ms. "M" out of jail and into rehab. Ms. Rivellini was able to secure a situation where the 10+ charges were reduced down to two, making the client eligible for Drug Court and the counseling she so desperately needed. Even though the client relapsed on several occasions, Ms. Rivellini stuck with her relentlessly, until Ms. "M" was able to finally successfully complete probation. Ms. "M" is clean and sober with no felony convictions on her record and is in the process of getting them sealed.

Mr. "R" was charged with violating an injunction for repeat violence put in place by a neighbor in his condominium complex. The injunction required that Mr. "R" remain at least 500 feet away from the woman who made the complaint. There had been some ongoing disputes leading up to this charge. Mr. "R" had in fact come within the restricted distance while carrying out his duties as a board member at the condominium. At trial, Ms. Rivellini was able to encourage the sitting Judge to look beyond the wording of the injunction and into the intent of the restriction. Even after the woman, her sister, another neighbor and two police officers testified for the State, Ms. Rivellini won a "Not Guilty" verdict.

Ms. Rivellini recently defended two clients who were arrested after being found sleeping behind the wheel. In both cases evidence reflected that the driver was impaired, and in the one case, particularly intoxicated. After legal research, Ms. Rivellini was able to formulate Motions to Suppress and argue to the respective Judges that the law enforcement officer should never have been able to make the arrest. In both cases, her motions were granted and the cases were thrown out. One of those cases was the basis for a serious felony Violation of Probation (VOP), and the Violation of Probation was also dismissed.

Our firm does not practice in the criminal defense area. I refer all of our clients to the Law offices of deVlaming & Rivellini, PA. Denis and Kym do a great job and our clients are pleased and relieved. Personally, I do not think anyone is better.

Mrs. Rivellini is a tremendous asset to the legal profession and this community. She has the right balance of intelligence, poise, and tenacity. Because of her passion and commitment, Mrs. Rivellini routinely obtains great results for her clients.

I was recently a jury foreman on the above captioned case heard at the Criminal Justice Center. Exclusive of the subject matter of this sexual battery case, this was a totally pleasant and invigorating two days. I was totally impressed with Ms. Rivellini and her co-counsel. They conducted them (...)

Ms. Rivellini, I was a juror in the "V" case. The judge stated that attorneys welcome feedback thus my note to you. First, I would like to compliment you on your professionalism and style. Personally, I found your approach and handling of the witnesses to be far above the 'theatrics' and yelli (...)